Your Body in Conflict, Part 1:

Conflict is an inescapable aspect of everybody’s social life. No matter how great a communicator you are or however nice a person; you will encounter conflict. While many people try to avoid engaging in conflict, sooner or later we will have to confront it, or suffer significant consequences to our health, productivity, relationships and happiness.

Which way are you going with this?

Conflict, ultimately, is always the consequence of something that was communicated, not communicated or poorly communicated. Because communication is the lifeblood of any relationship, an inability to fully and precisely communicate what you intend has consequences that may range from not being able to reach one’s goals to intractable and paralyzing conflict.

What are you communicating?

We are virtually always communicating something; by the way we dress, what and the way we speak, our facial expressions, how we hold and move our body and even by the way we breathe or sweat.

The Stress of Conflict

Conflict situations are inherently stressful. Depending on our personal and professional history we have all developed a set of skills and defense mechanisms to deal-or not deal- with it. Hopefully, our conflict behaviors are heavily weighted towards social-emotional skills and less towards defense-mechanisms.

A defense-mechanism is a way to cope with the unpleasant emotional, physical and psychological effects of the conflict on us. It can take many forms such as aggression, dismissiveness, defensiveness, rationalization, avoidance and infinite combinations of those. I’d like to touch just lightly on one defense mechanism that I have observed in my personal life as well as in my capacity as a mediator and communication coach. 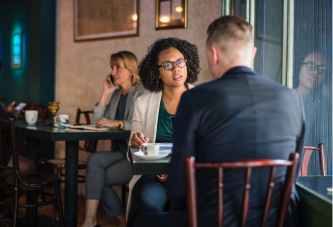 Defensiveness. This is likely the most discussed and recognizable of the common defense-mechanisms. A person is defensive if they are pre-occupied with the need to come up with reasons and excuses for the behaviors or transgressions that they are accused of. Often it will take the form of a counterattack: “but you…”, or “I did it because you always…”. The problem with defensiveness is that it interferes with your ability to actually listen to what is being said, much less to understand the emotional impact the alleged behavior has had on your conflict-partner.

Listen if you want to be heard…

Being able to truly listen and acknowledge how the other person feels is not the same as admitting to the behavior or its alleged intent. People, generally, are only able to listen to your side of the story if and when they feel that they have fully been heard by you. This is where truly skilled communication comes in. To allow your conflict partner to feel truly heard, it takes more than “I hear you”.

More important than the words, is the emotional message that you are conveying. The emotional message is expressed by your body language, your facial expression, the tone and rhythm of your voice. These bodily expressions are closely tied to the state of your nervous system. We’ll discuss the role the autonomic nervous system plays in communication -and conflict situations specifically, in a future post. Suffice it to say right now, that your ability to be aware of and intervene in your autonomic nervous system responses, largely determines your success in managing conflict.

Emotions are experienced and expressed in and by the body. Conflict always has a strong emotional component. If we are not emotionally invested in an issue, then there is no point in having conflict about it. Body awareness is therefore a crucial component of being a skilled and effective communicator and conflict manager; what you are not aware of, you cannot manage…